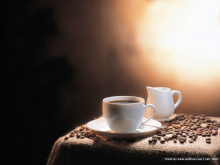 Coffee trees are evergreen trees of the genus Rubiaceae. For many times, plants of the genus Rubiaceae have been planted with special effects. The quinine tree, which is regarded as a special drug for malaria. And the Dugan, which can treat Amy's disease. Coffee is positioned as the most unique alkaloid drinking flora. The peel of the fruit coffee is formed by the outer skin, the flesh, the endocarp, the silver skin, and the seeds (coffee beans) that are covered by the above layers. The coffee seeds are located in the center of the fruit, and the parts other than the seeds have little use value. Generally, there are two pairs of seeds in the fruit. But occasionally there is only one seed in the fruit, which is called "fruit bean". To express Symmetrically, we call the fruit two pairs of seeds as "female beans".

There are at least forty "species" of coffee genus, among which thecomparatively more practical cultivars are three original species: plateau cultivation, lowland cultivation, and minimum cultivation. Generally, after planting for two to three years, the coffee tree can grow to a height of five to ten meters, but in order to prevent the coffee beans from losing the aroma, bad taste, and to make the harvesting convenient, the farmers will prune it to 1.5 to 2 meters. Three to five years after planting, the results begin to bear fruit . The harvest period is within 20 years after the fifth year. The evergreen leaves of the coffee tree have pointed tips and are relatively two-piece groups. The surface of the leaves is dark green, the back is light green, and the flowers are pure white. The flowers have five stamens and one pistil. The petals are usually five petals, but some are six petals or even eight petals. The flower will give off a jasmine-like scent, but it will fade in about three or four days. The fruit of the coffee is the same dark green as the surface of the leaf at the beginning. When it becomes more and more mature, it turns yellow, then turns red, and finally turns to deep red. The circular zone between the north and south tropics, we call it the Coffee Zone or the Coffee Belt. Because the area is rich in fertile organic matter and volcanic gray soil, the average temperature is about 20 degrees, and the average annual rainfall is between 1000 and 2000mm. There is no large temperature difference during the year, so it is an ideal coffee production place. Planting coffee must be strictly protected against cold, dry hot air and frost. 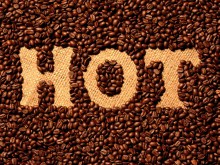 The areas for coffee planting

How to distinguish the quality of beans